To prepare the company to take on the next growth surge and in its role in the new paradigm for the Philippine pest control industry, Bio-Tech Environmental Services Philippines, Inc. has reorganized its pest control operations into zones. 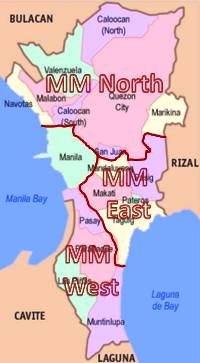 Long recognized by its clients for its customer focused pest control services, Bio-Tech Environmental aims to continually improve its services and this move assures personalized, consistent, efficient and enhanced responsiveness in serving those who chose to invest on quality, reliability and peace of mind.

The rest of the new zones including the areas covered by the branch office in Cebu will be featured in a separate blog post.

For your pest control services, including termite control service, needs in any of these zones, you can just dial (02) 638-2566 to reach our Customer Service Representatives.  They will gladly discuss with you your pest concerns and related queries, and if necessary, arrange for our Pest Control Professionals to visit your place.